CONTACT GANNONS ANTIQUES
Civil War Antiques are very sought after antiques. These collectibles are from one of the volatile times in our Country’s history. Below we have some of the latest additions of Civil War memorabilia to come into our Antiques & Art Mall. We get Civil War pictures, weapons, documents, and more. 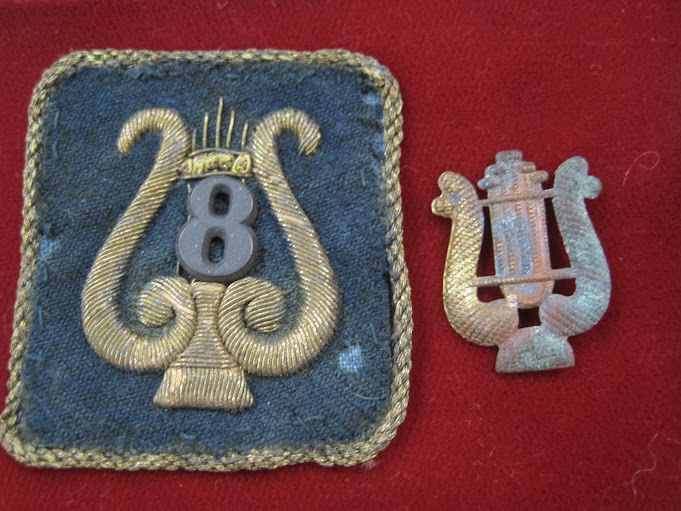 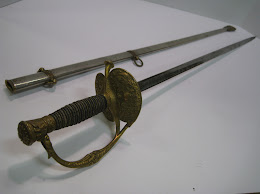 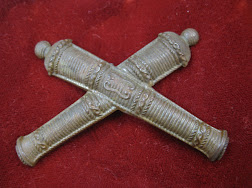 This is a great collection of Civil War Antique letters just into our antiques mall. We have more Civil War Letters videos on our Youtube Channel.

This is a collection of Civil War Antique Land Grants. They are all in fine condition and from one large collection.

This is an antique Civil War caps pouch and box of caps. These are very nice and very collectible.

This is a Civil War Soldier in his uniform inside a nice antique gutta percha frame. You can see this is a full picture showing the soldier’s entire body. Pictures of Civil War Soldiers in uniform are very popular and this is a nice one.

This is a nice picture of a Civil War soldier in his uniform inside a wonderfull antique gutta percha frame with an image of the Civil War Monitor on it. It’s truly a rare find and in great condition.

Civil War Soldier in Uniform, Antique Gutta Percha Frame with Cannon on it! 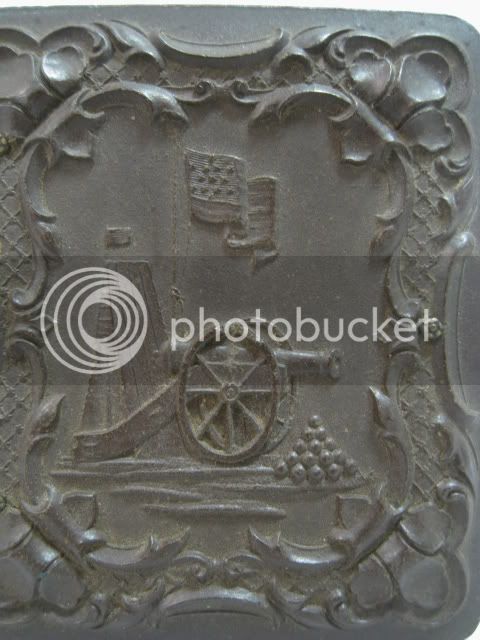 Here’s a photo of a Civil War Soldier in his uniform inside an antique gutta percha frame witha Civil War cannon on it. The frame also has “The Union Now And Forever” inscribed on it. As you can see this young soldier is holding his knife for the picture.

This is a nice antique Civil War belt buckle. You can see it has “E Pluribus Unum” which is “Out of many, one”. It was considered a de facto motto of the United States until 1956.

Here’s a nice Civil War kepi from the Grand Army of the Republic in fine condition.

Inside Gannon’s Antiques & Art we have multiple unique antiques vendors that display antique and vintage military items. We have had soldier’s uniforms, military photographs, antique weapons and more. Our antiques mall features collections of war memorabilia from other major wars. Below we have some photos of other war memorabilia we have inside of our antiques mall. We also buy and appraise vintage and antique military items.

The American Civil War spanned from 1861-1865. It resulted from a dispute between the northern states and the southern states regarding slavery and cotton. Each side of the war had its own Civil War flag. The northern Civil War union flag was the normal 33 star flag that flew before the war started. As the war progressed and more states joined the country, the Civil War Union flag changed to the 34 and then the 35 star flags. The national government did not want to recognize the southern states claimed right to secession, which is why they kept all the stars on the Civil War Union flag. There were other American Civil War flags. The southern Confederate states had their own. The most popular one was the CSA 2nd National flag, which flew from 1863-1865.

All Civil War antiques are collectible because they are part of American history. We usually have Civil War money, photographs, Civil War swords & books in stock, along with Civil War guns including America’s favorite…the Colt revolver. We are always seeking special pieces. Please contact us if you want to sell your antiques. WE BUY CIVIL WAR ANTIQUES.

Check out other items